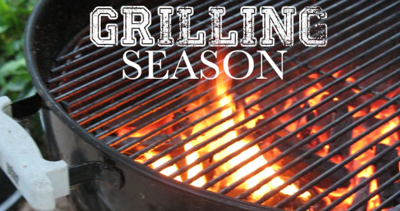 Memorial Day starts the beginning of summer which means a lot more time on the patio or deck grilling with friends and family. Seven out of every 10 adults in the U.S. have a grill or smoker*, which translates to a lot of tasty meals. But it also means there’s an increased risk of home fires. In 2014-2018, fire departments went to an annual average of 8,900 home fires involving grills, hibachis or barbecues per year, including 3,900 structure fires and 4,900 outside or unclassified fires. Also in 2014-2018, an average of 19,700 patients per year went to emergency rooms because of injuries involving grills.** Nearly half (9,500 or 48%) of the injuries were thermal burns, including both burns from fire and from contact with hot objects; 5,200 thermal burns, per year, were caused by such contact or other non-fire events. Children under five accounted for an average of 2,000 or 39%, of the contact-type burns per year. These burns typically occurred when someone, often a child, bumped into, touched or fell on the grill, grill part or hot coals. Gas grills were involved in an average of 8,900 home fires per year, including 3,900 structure fires and 4,900 outdoor fires annually. Leaks or breaks were primarily a problem with gas grills. Ten percent of gas grill structure fires and 22% of outside gas grill fires were caused by leaks or breaks. Charcoal or other solid-fueled grills were involved in 1,300 home fires per year, including 600 structure fires and 600 outside fires annually.