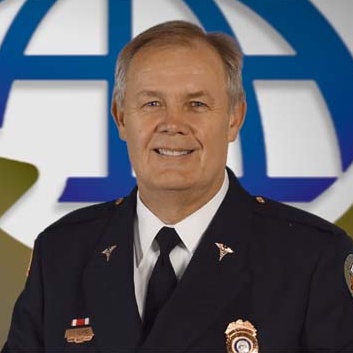 Chief Chuck Kearns, MBA, Paramedic, CEMSO, is chief executive officer of Chatham Emergency Services in Savannah, Georgia. Chuck has been involved in public safety and EMS for 39 years. Born in New York City, he began his career as a Florida open-water lifeguard in 1981, became Chief of the County Beach Patrol and was certified as an EMT two years later. He has spent much of his public safety career as a paramedic and EMS System Manager in Pinellas County, Fla., with Sunstar Paramedics. He rose to Director of Pinellas County Emergency and Public Safety Services (Fire Administration, EMS & EMS Communications Administrator), where he served over 11 years. He has also been certified as an Advanced Emergency Medical Dispatcher (A-EMD) for over 18 years and a rescue diver since 1989.

Chuck has consulted widely and worked in several different public safety system models as a Chief Officer. He has worked in government, private, hospital-based, rural and volunteer public safety agencies, and in positions spanning from basic life support first responder to underwater search and rescue dive team leader, to Flight Paramedic. Chuck has deployed to numerous hurricane and wildfire disasters since 1992 and frequently staffed an Emergency Operations Center command desk during disaster activations. He has been involved in leadership positions of many EMS and emergency management organizations. He served as a site reviewer, standards revision project manager and board member for the Commission on Accreditation of Ambulance Services (CAAS). He is currently serving in his fourth two year term on the American Ambulance Association Board of Directors and Chief Kearns was a member of the American College of Emergency Physicians (ACEP) Culture of Safety Steering Committee. He spent six years on the Board of the American Heart Association Florida-Puerto Rico Affiliate and has been a board member of two hospitals.

Chuck is the recipient of many awards, including a Meritorious Service Award for wildfires mitigation from Florida’s Governor, the Florida EMS Lifetime Achievement Award, and a lifesaving award from former President Ronald Reagan for rescuing five people who were drowning. Chuck was appointed to two, four-year terms on the Florida EMS Advisory Council and served as its chairman. He was on the FEMA National Advisory Council and served on the editorial advisory board member for EMS World Magazine for 17 years. Chuck is a former, professional member of the National Association of EMS Physicians and served on two committees. Chief Kearns is a dynamic, dedicated and tireless advocate for first responders and issues affecting public safety. In addition to his EMS knowledge and experience, Chief Kearns attended law school and holds an MBA degree in Marketing and Information Systems Management. He is one of 148 professionals in the world to hold the Chief EMS Officer designation from the center for public safety excellence. 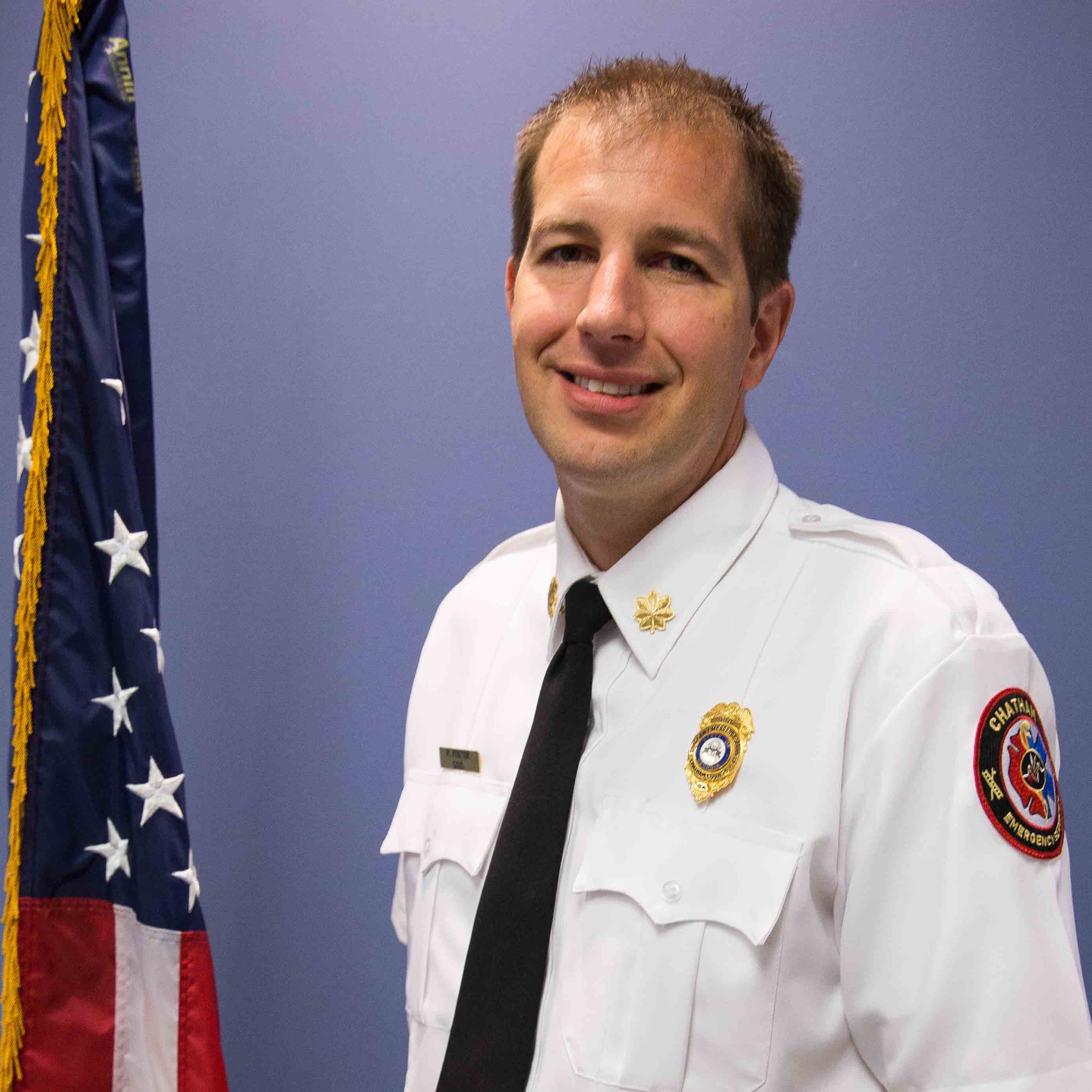 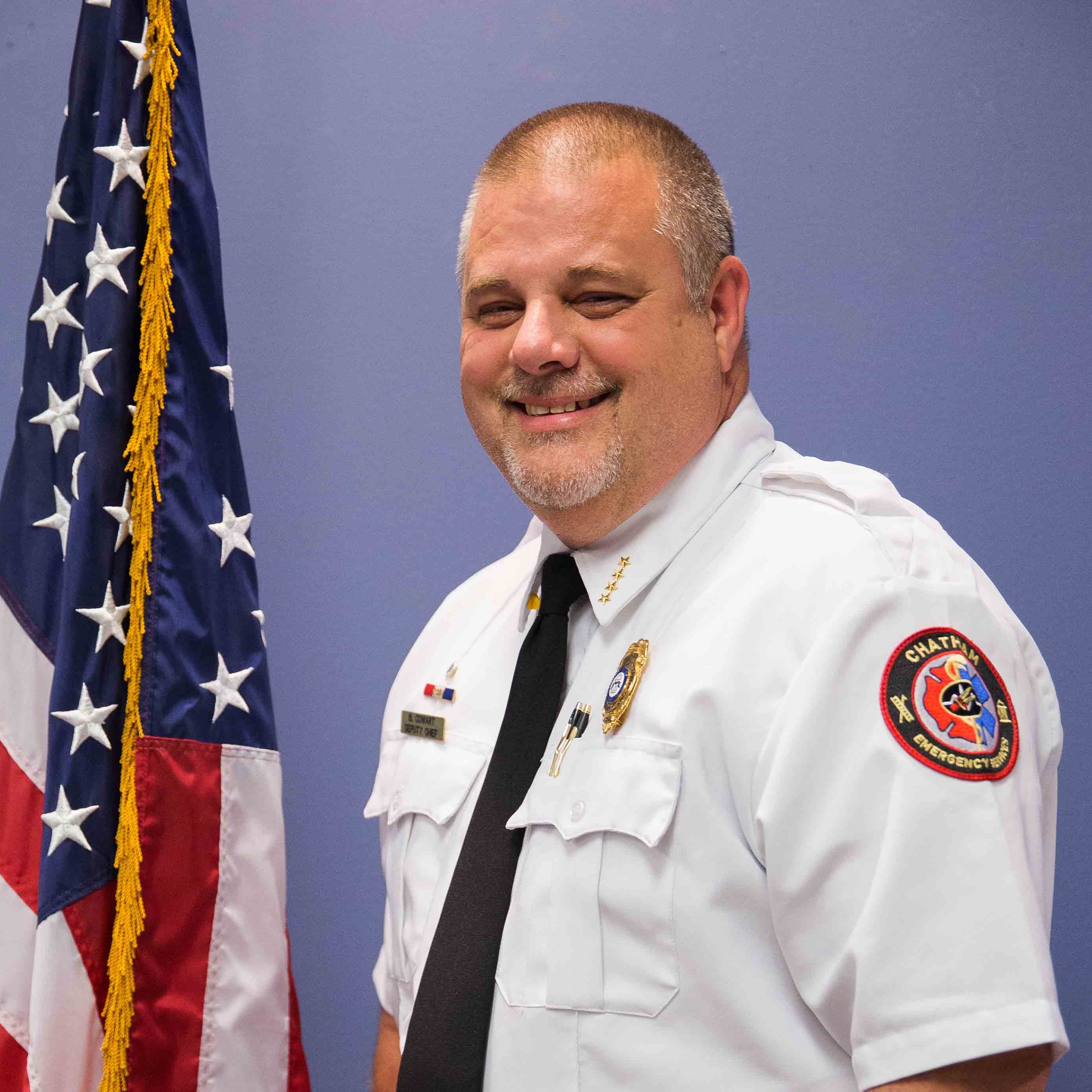 Chief of EMS Bengie Cowart started his public safety career over 30 years as a junior fire fighter in the small town of Guyton, Ga. He has advanced his career by becoming an EMT, then a paramedic finally, he obtained his NPQ1 firefighter. Chief Cowart currently sits on the Georgis EMS Association (GAEMS) Board of Directors as the President of the Providers Division. He also sits on the Region 9 EMS Council, Chatham County EMS Council, and both Chest Pain and Stroke councils at Candler/St. Joseph Hospitals and Memorial Hospital. He still loves riding the streets weather it’s on an Ambulance or Fire Apparatus caring for the citizens and property in our community. Chief Cowart continues to lead by example and instilling values and compassion to our employee’s, so every day they can go out and make a difference in someone’s life. 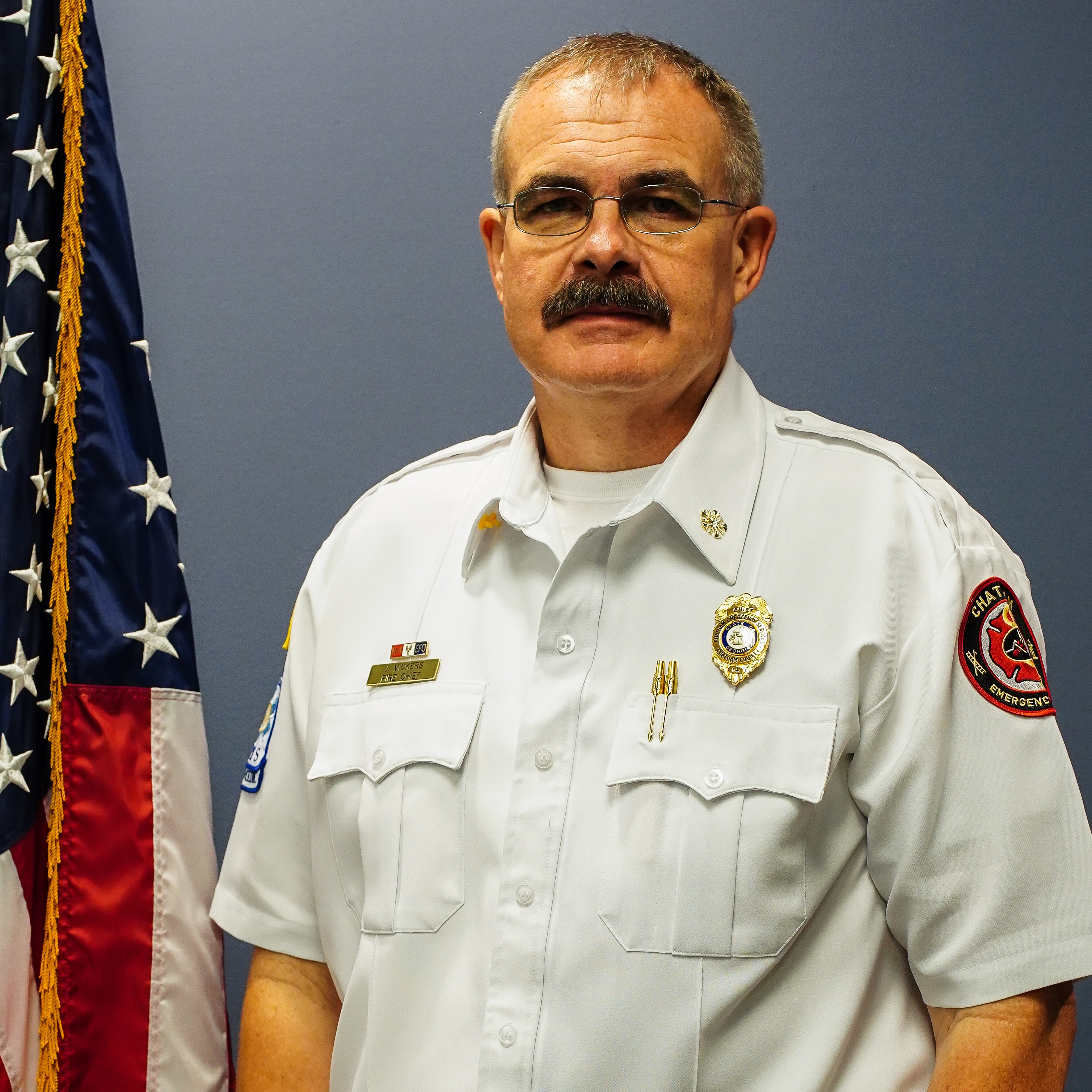 James Vickers has more than 30 years of experience in the field of firefighting, emergency medical services, hazardous materials, technical rescue, marine-industrial response, emergency and disaster management, in addition to basic and specialized training curriculum development and delivery. He currently serves as the Fire Chief for Chatham Emergency Services, in Savannah, Georgia.

Prior to joining Chatham Emergency Services, he served as the Special Operations Division Chief for 14 years at Savannah Fire & Emergency Services. Chief Vickers also served as a Public Safety Instructor III for 7 years at the Georgia Public Safety Training Center and has over 10 years of experience as a Firefighter-Paramedic in Central Georgia. He holds a Master’s Degree in Public Administration and Emergency Services Management and is presently completing a Ph.D. in Leadership and Organizational Management. Chief Vickers maintains numerous national fire and emergency services-related certifications, including the National Fire Academy (NFA) Executive Fire Officer, Georgia Paramedic and Certified Emergency Manager, and Chief Fire Officer designation through the Center for Public Safety Excellence. 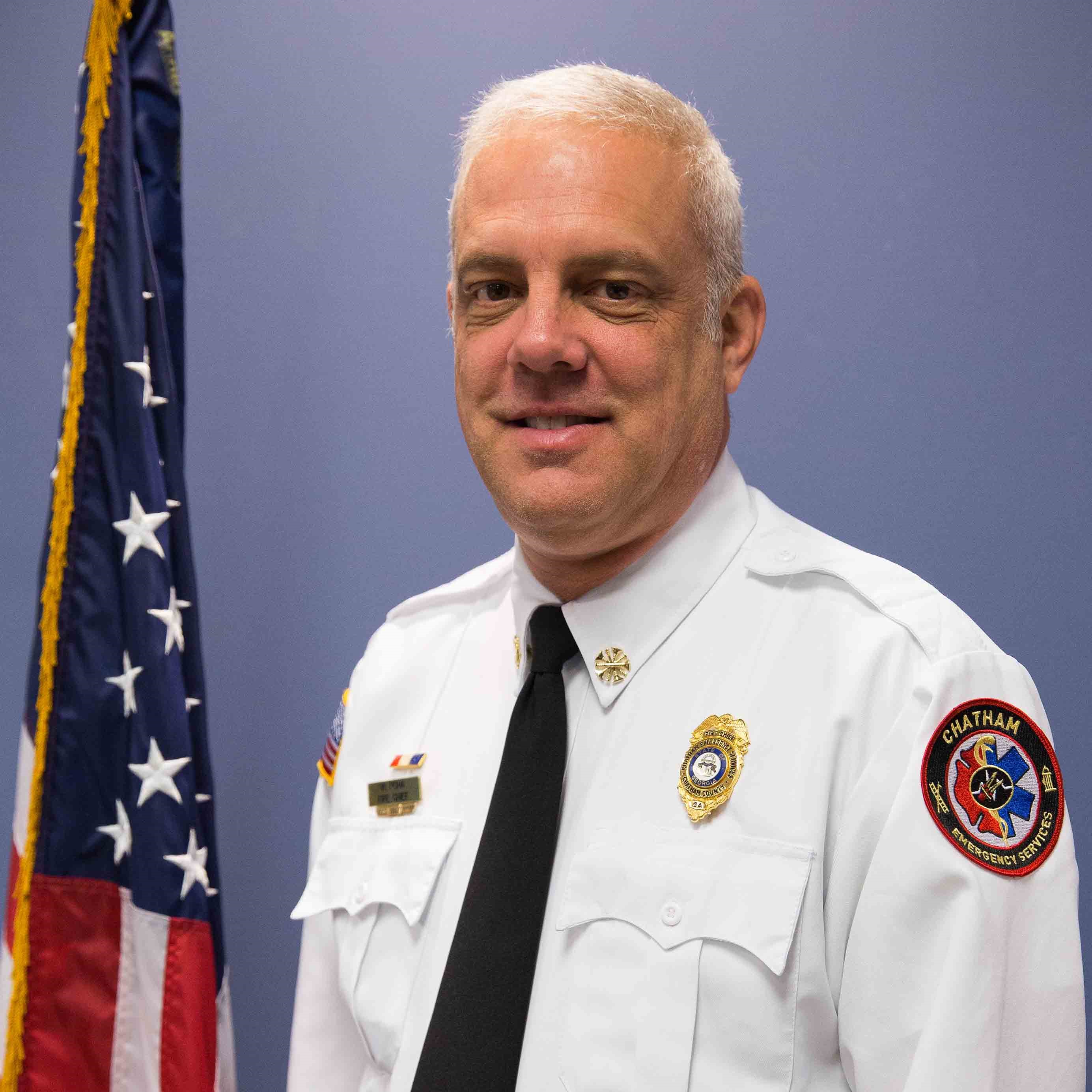 Chief of Engagement and Development

Wayne Noha is a 34-year veteran of the fire service beginning as a volunteer firefighter and rising through the ranks of Montgomery Fire Department before accepting the position as Development and Engagement Chief  with Chatham Emergency Services. Prior to beginning his fire service career, he had a private housing and construction business for which he still holds certification and is constantly continuing his professional education. Chief Noha promotes recognizing the contributions of both volunteer and paid personnel as vital parts of Chatham Emergency Services. He is involved in many community organizations and civic clubs. 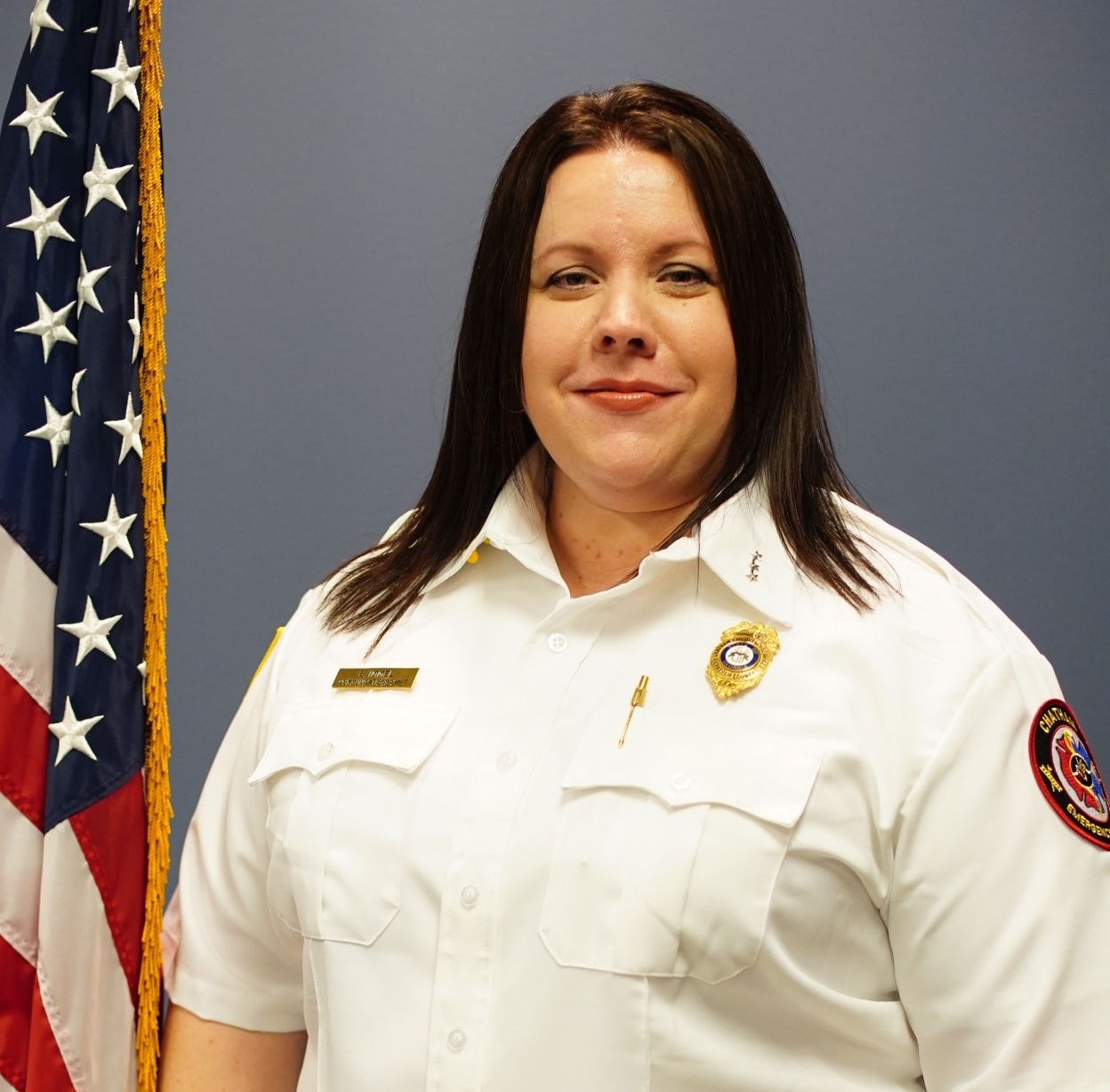 Communications Chief Barbara Immel has over 23 years of experience in Public Safety. She has been a volunteer Firefighter, EMT, Paramedic, and American Heart Association Instructor. Her career shifted to the communication pathway 17 years ago when she transitioned primarily into a Public Safety Communications role. She has a diverse communications background which includes, but is not limited to dispatching for multiple Public Safety agencies and air ambulance providers; being a Communications Training Officer (CTO)’ accreditation Project Manager; dispatch liaison; public relations representative, and Dispatch Manager.

She is an Emergency Telecommunicator Course (ETC) Instructor; is a certified Communications Center Manager, and maintains advanced certifications in police, fire, and medical dispatching. Chief Immel holds a Bachelor of Science Degree in Business Management from Western Governors University. 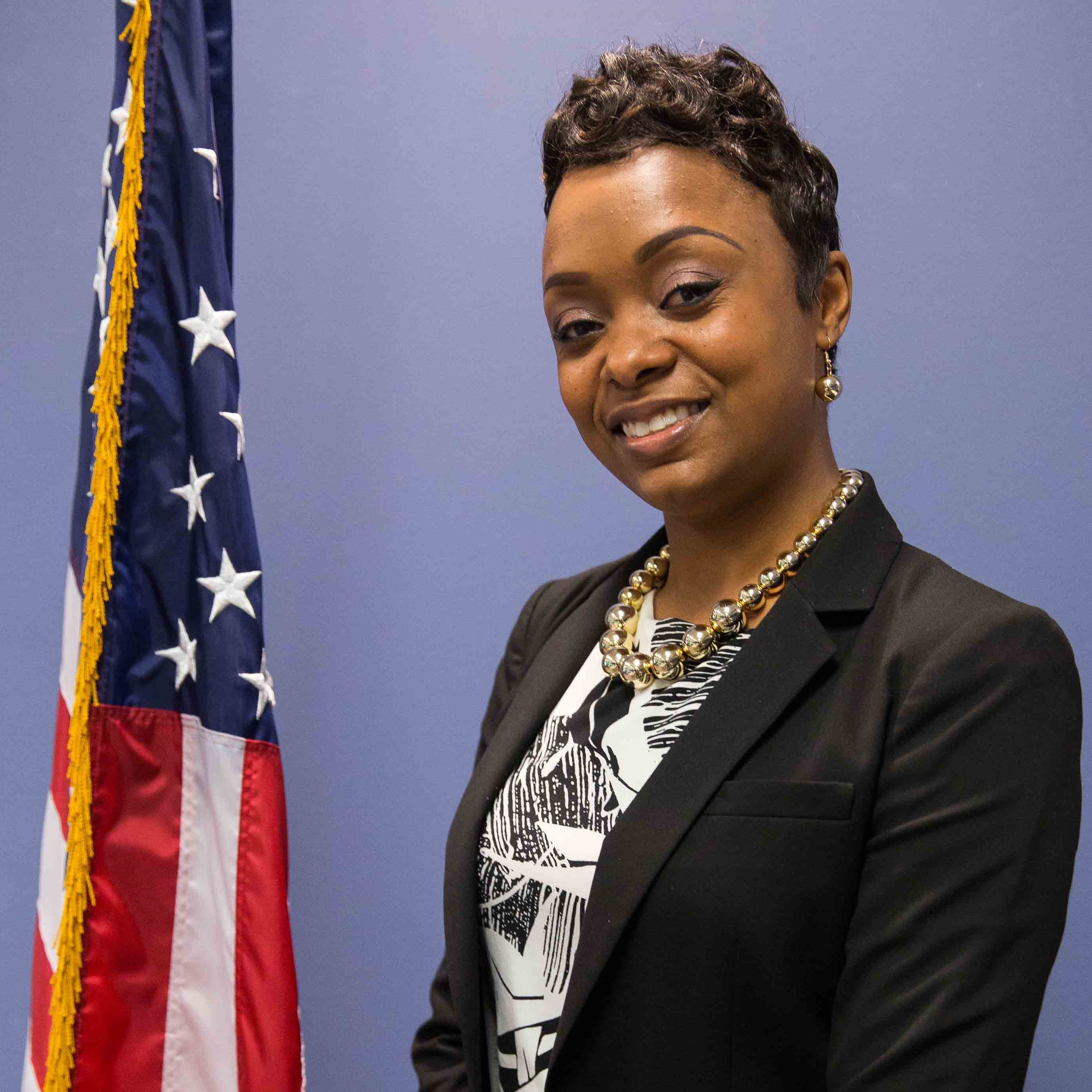 Nakeisha Jones is the Director of Finance and brings over 11 years experience of financial accounting and management to Chatham Emergency Services. Nakeisha’s background is in banking, managerial and general ledger accounting. She holds a Bachelor of Business Administration degree in Finance from Georgia Southern University, and a Master of Accounting and Financial Management degree from Keller Graduate School of Management. She strives to create an atmosphere of excellence and to ensure efficient and effective systems are in place to assist in building a thriving organization. 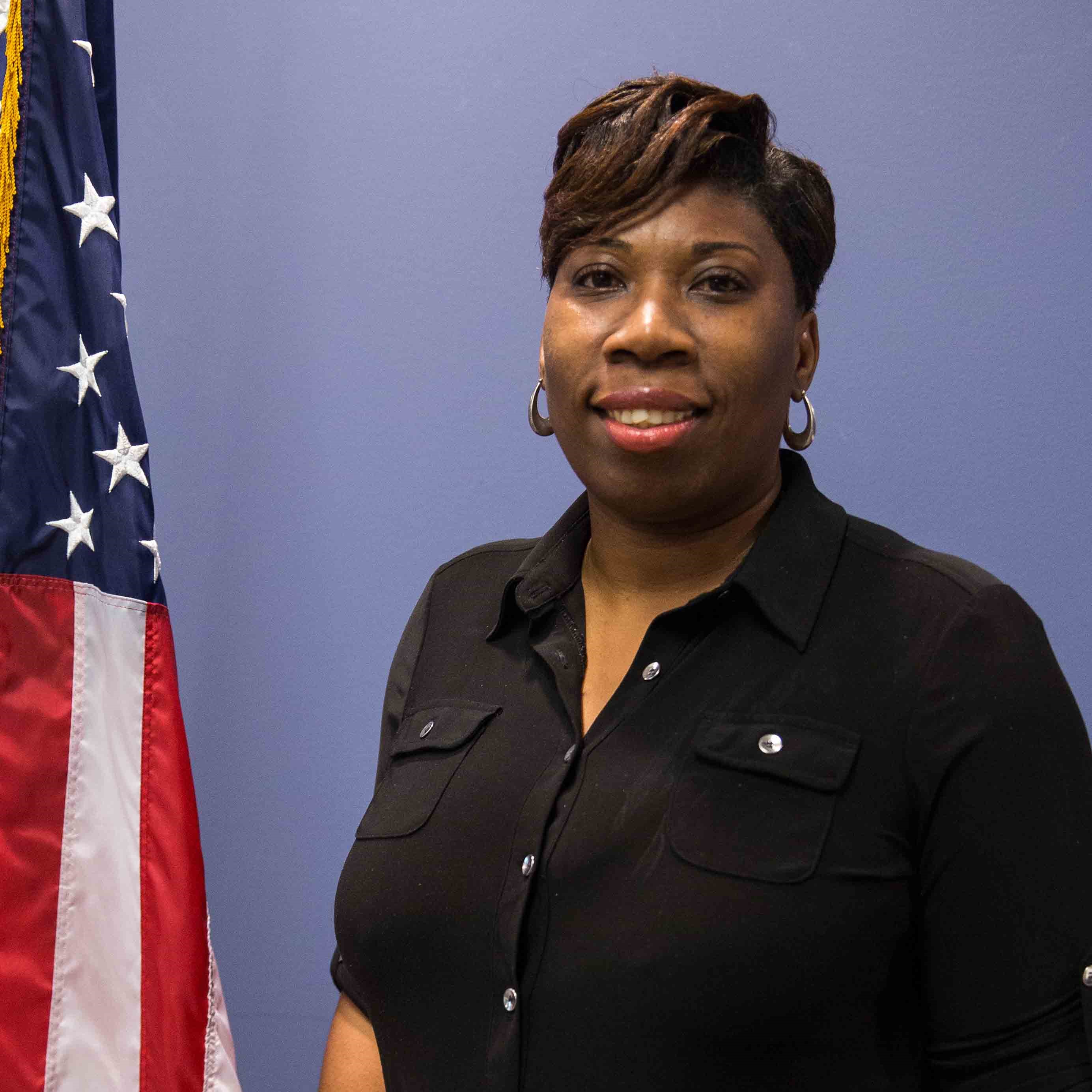 Tiffany D. Stewart is the Human Resource Director for Chatham Emergency Services. She joined the team back in 2006. Mrs. Stewart holds a Graduate Degree in Public Administration. Tiffany has also worked in the Accounts Payable, EMS and Fire Collections Department. She has overseen the Human Resource, Payroll and Benefit Departments for the past five years.